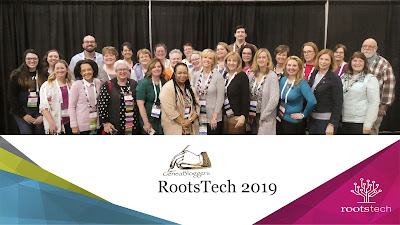 RootsTech has come and gone! It seemed to fly by, yet each day was filled with so much good stuff, it was impossible to blog about it during the event itself.

There's still so much to say and so little time, so let me share tidbits of all the great things that went on. Some of this post will be announcements of new and exciting features of genealogy websites, others will be of genealogy related news. Then, I'll include some of the fun connections I made over the week. 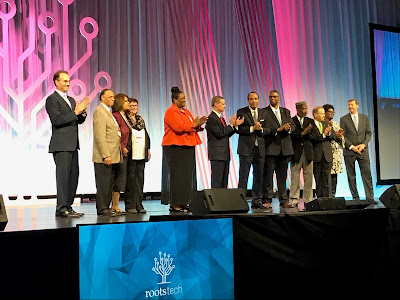 On Wednesday, we heard from Michael B. Moore, the CEO and President of the coming International African American Museum in Charleston, SC. This museum will be one of a kind, being set on the site of “the Ellis Island” of African Americans - the port where nearly half of all enslaved Africans entered the United States. It will be a place for the African American community to connect to their past, and find pride in their offering to our nation’s history. It was also announced that the Church of Jesus Christ of Latter-day Saints is gifting $2 Million for the IAAM Center for Family History! 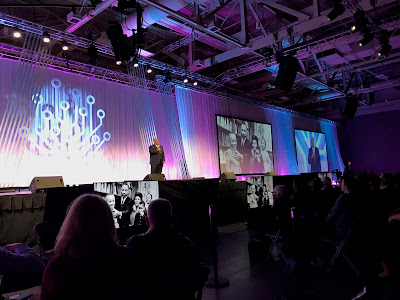 On Thursday, the CEO of Ancestry Margo Georgiadis made several announcements! 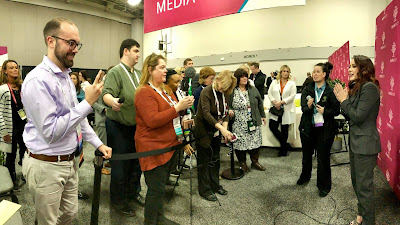 The keynote for Thursday was Patrica Heaton. She shared several great nuggets of wisdom that came from her experience as an actress and mother. “Families bring you down to earth and test your character,” she told the audience. “If I had to choose between a career in acting or children, I’d choose children every time.” At one time, she had hoped to work with an orphanage in Mexico, but Heaton believes that God gave her an acting career so that she could give back to others in His own time. She concluded that “We’re all connected. We need to focus on the connections and not the differences.” Thankfully, family history research does just this; it connects us and helps us see past these differences. 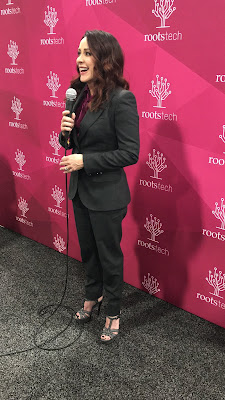 And then came my moment to ask Patrica Heaton a question! Here it goes!

"Yes. Well, my father covered the Browns for 25 years as a sports writer and he's in the football hall of fame. And we had our childhood vacations at the training camp in Hiram, Ohio. Hiram College is where they used to train. So that's what we'd do; we'd go and my dad would plunk us there and our family vacation was watching the Browns do scrimmages and then going on the field afterwards and playing on the equipment and then eating with the players. So, it's kind of in my blood. It's our cross to bear. But it builds character!" 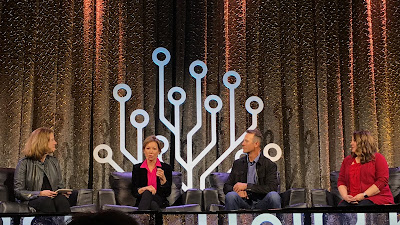 And if hearing MLK III and then speaking with Patricia Heaton wasn't enough for one day, I got to listen to Lisa Joyner and Chris Jacobs of Long Lost Family too! They shared some of their own adoption stories as well as their favorite moments from the show. Lisa said she hopes that one of the results of this show is to destigmatize birth mothers of adoptees. So often, people blame birth mothers without seeking to see the complex situations they found themselves in.

During the Q&A, I had the chance to be the first question to Lisa and Chris. I opened by mentioning that I have had the honor and great responsibility of sharing news about birth parents to adoptees and individuals with misattributed parentage. Since this is what they do every episode, how do they balance the need for good television with the ethics surrounding providing such sensitive information to real people? Lisa told me that the show has psychologists to both guide them and to be there for participants on the show. She reassured the audience that they treat each person individually with their particular needs. It was good to know that both Lisa and Chris, as well as the crew at Long Lost Family take serious the need to provide proper counseling to those who invite us into such sensitive moments in their lives. 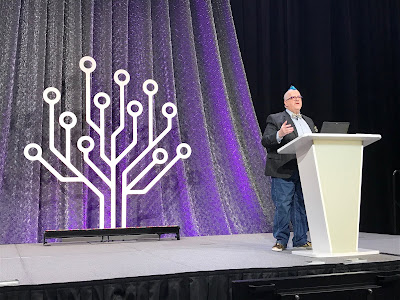 Then there's the classes! Wednesday classes began at 9:30am and the last event ended at 5:30pm, while starting Thursday the days began at 8:00am. This year, they added "Power Hour" at 8:00am to hear from multiple speakers on a shared topic. The format was sort of like a TED Talk in that each person spoke more briefly and focused on nuggets of information.

Here is my schedule for Wednesday and Thursday:

Y'ALL! This is only the first two days! I can't wait to share the rest of the conference!

Check out the photo at the top of this page. It's a group shot of other genealogy bloggers from GeneaBloggers TRIBE. They're awesome folks!

Let's keep encountering our ancestors through family history and remembering the past made present today!
at March 07, 2019